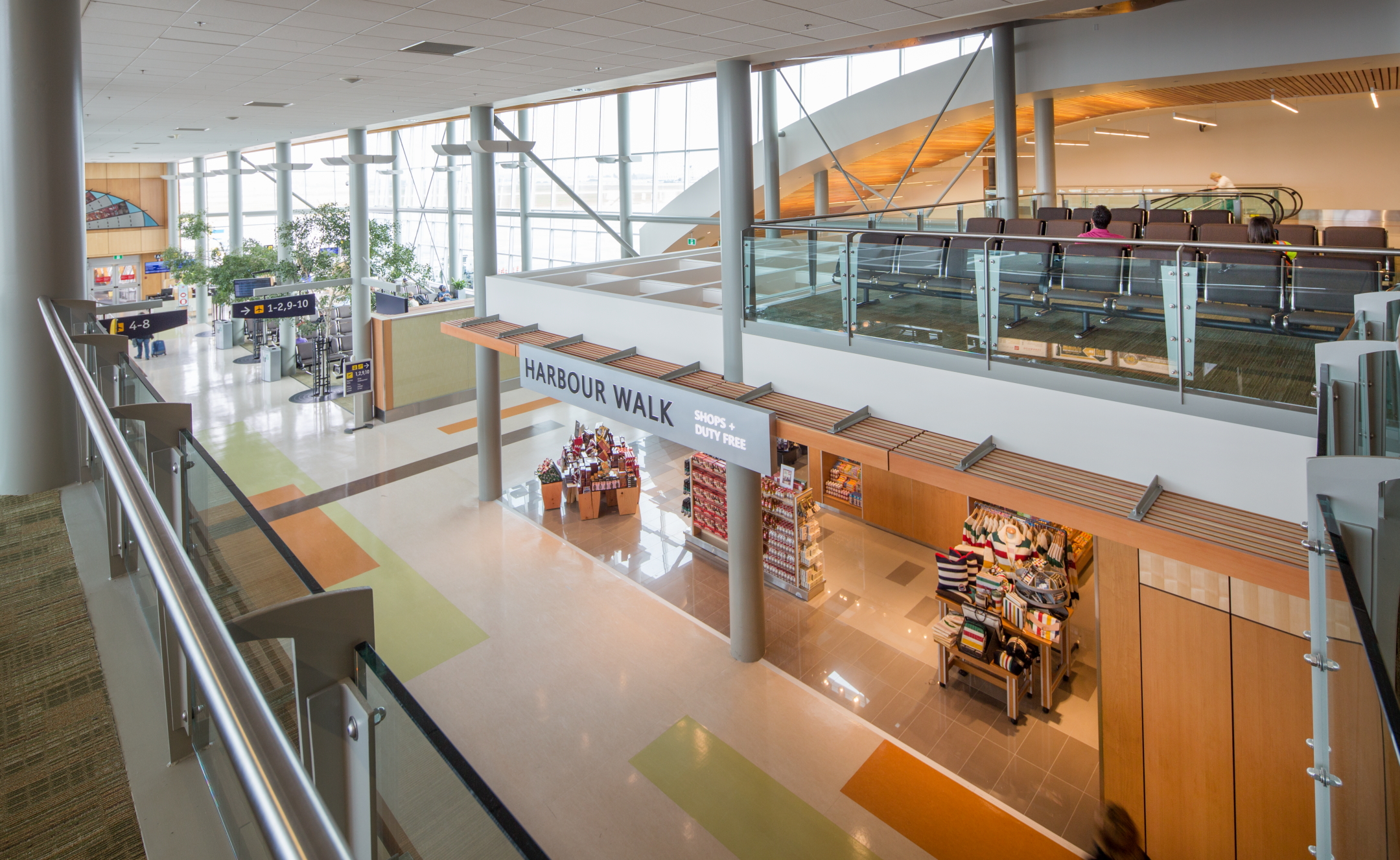 The Victoria Airport Circulation Security Concessions project consisted of re-configuring of the pre-board screening and retail areas in the Air Terminal Building at the Victoria International Airport.  The scope of the project included on the exterior, a new vertical circulation core, a holdroom addition on the second floor and a new daylight feature; and in the interior, modifications for security, concessions and general upgrades. Phase 1 of the north addition to the terminal building was completed in September 2013 and Phase 2 of construction was completed in August 2014 that included the renovation to the airside and groundside retail locations, expansion to the pre-board screening areas and removal of the central core stairwell and escalator. Victoria, B.C, 2013/2014